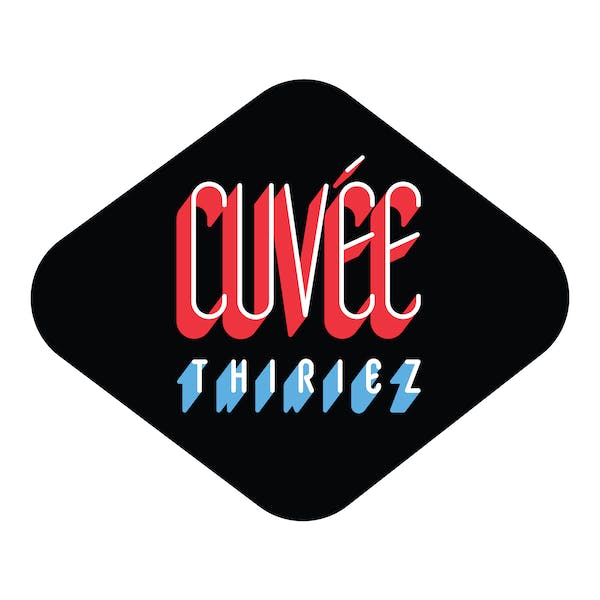 Cuvée Thiriez is a blend of mixed-fermentationMixed FermentationMixed fermentation is short for “mixed culture fermentation” and is any fermentation that incorporates brewers yeast, brettanomyces, and bacteria, usually in the form of lactobacillus and pediococcus. The blend of yeast and bacteria produces a myriad of complex flavors and creates acidity over a long, slow fermentation time. Our mixed culture includes a healthy pitch...Learn More farmhouse alesFarmhouse AlesFarmhouse Ales refers to the family of French and Belgian beer styles produced seasonally on working farms with well water, local ingredients and often with wild yeast and native microflora. While originally these were provisional beers brewed for consumption by seasonal workers, breweries began producing higher strength and aged versions for commercial appeal.Learn More selected in collaboration with Daniel and Mariel of Brasserie Thiriez of Esquelbecq, France. This cuvée incorporates foudre-aged saisonSaisonSaison means “season” in French and refers to the “saisonaires” or the seasonal farm workers of Wallonia who consumed farmhouse ales during the summer which were produced during the cooler months. These provisional beers were also called saisons and were nourishing and more potable than potentially-contaminated well water. Saisons are blonde in color with a...Learn More and barrel-agedBarrel-agedBarrel-aging at Oxbow takes place in our Portland warehouse where an array of farmhouse ales are aged anywhere from a few months to several years in various sized wine, bourbon, and other spirit barrels. Barrels contribute complex tannins and vanillins and the porous wood is ideal for harboring yeast and bacteria which reproduce and create...Learn More blonde ales.