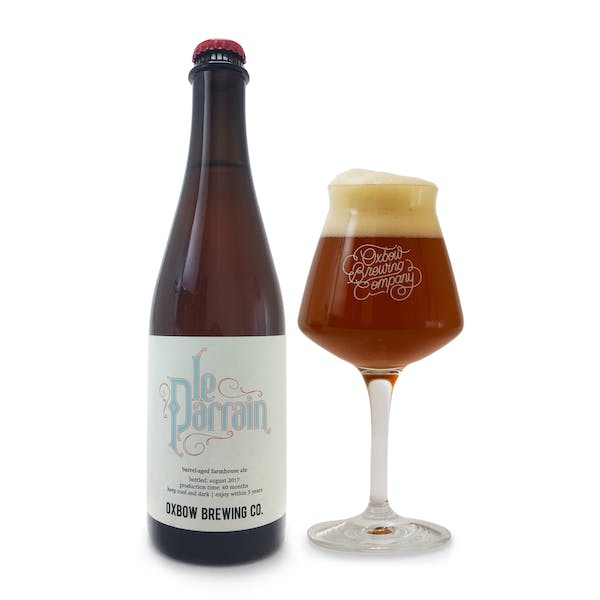 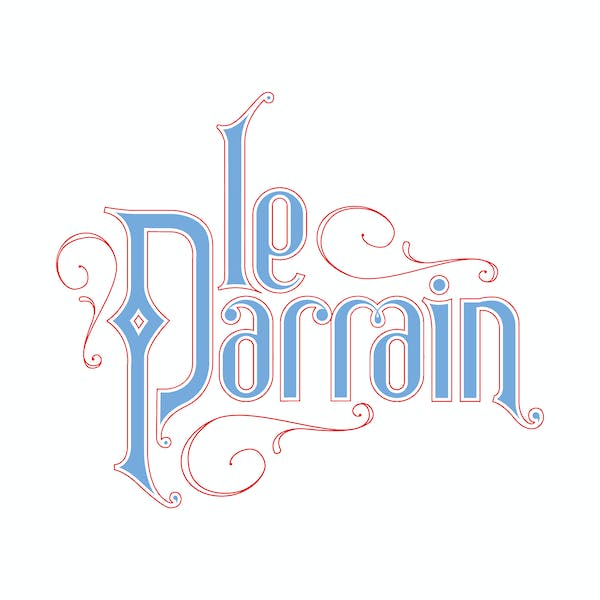 Le Parrain is a blendBlendingBlending is the art and science of selectively combining young and aged beers from a vast array of different barrels and tanks. When blending, we contemplate and choose barrels and beers with varying levels of acidity, oak tannins, flavors, textures, and aromatics which will enhance the overall character of the finished beer.Learn More of barrels selected in collaboration with Tom Peters to celebrate the 20th anniversary of Monk’s Café in Philadelphia, Pennsylvania. This incorporates barrel-agedBarrel-agedBarrel-aging at Oxbow takes place in our Portland warehouse where an array of farmhouse ales are aged anywhere from a few months to several years in various sized wine, bourbon, and other spirit barrels. Barrels contribute complex tannins and vanillins and the porous wood is ideal for harboring yeast and bacteria which reproduce and create...Learn More blonde, smoked, and spontaneously-fermentedSpontaneous FermentationSpontaneous fermentation is the art of carefully allowing wild airborne yeast and bacteria to inoculate cooling wort which ferments the sugars and naturally produces CO2 and ethanol alongside a myriad of flavor and aromatic compounds. While this form of fermentation is at the heart of historic beer production, it has largely been abandoned for pure...Learn More farmhouse alesFarmhouse AlesFarmhouse Ales refers to the family of French and Belgian beer styles produced seasonally on working farms with well water, local ingredients and often with wild yeast and native microflora. While originally these were provisional beers brewed for consumption by seasonal workers, breweries began producing higher strength and aged versions for commercial appeal.Learn More.