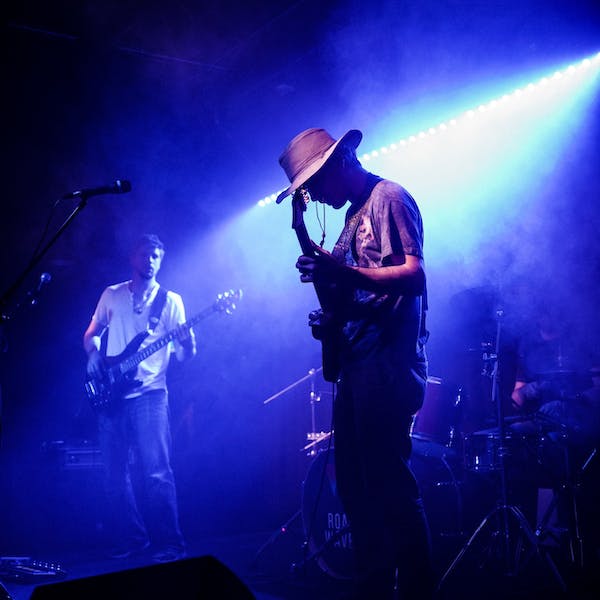 Road Waves has been touring heavily across Canada for the past 4 years while curating an energetic, soulful, and funky show that consistently pushes the bar. Their heartfelt songs in combination with top-notch musicianship conjure unique musical adventures night after night. This powerful unit shows no sign of slowing down as they build their history across Canada, USA, and eventually world domination.

Their adventurous nature makes it a challenging task to define the energy-packed jam band that touches on the roots of funk, R&B, blues, rock, and jazz. Their shows are built on a philosophy of playing from their hearts and an open mind, making for an exciting journey with a huge sound. The synergy with their audience is apparent from the start, and each time a song is played, it grows and develops as a better version of itself–much like the living being that is music.

Founded in 2014 and fronted by composer/vocalist/guitarist, Ji Sharp, this funky three-piece has been moving full-steam ahead with the release of two albums, three singles, and four years of major cross-country touring. The unique style of Ji’s genre-clashing compositions collides with Matt Maxwell’s bold rhythm and Dave Ruigrok’s driving grooves in a way that can’t be put into words. Road Waves is a band that must be experienced live and are ones to look out for on the tour-circuit and music festival scene.