Home-Brewing Isn’t a Science—It’s an Art. Here’s How to Make Your Own Masterpiece.

To create a perfect pairing for raw oysters… Dogfish Head collaborated with Maine’s Oxbow Brewing Company on Kelp! I Need Some Honey, a saison with brininess and minerality from dried, crushed Icelandic kelp that’s added during the whirlpool, a step at the end of the brewing process that spins the wort to separate out hops and other solids.

Beer is a catalyst for community building. At our brewery, Dogfish Head, my wife Mariah and I have tried to show our kids that we make fun, creative, off-centered ales that connect us to awesome people such as the Grateful Dead and our coworkers. We hoped one of them might be interested in carrying on this tradition, but we didn’t want to put that weight on their shoulders. 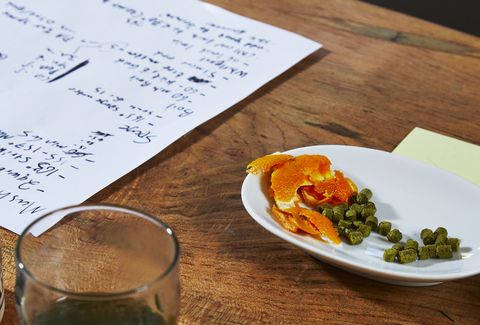 We expected our kids to get summer jobs by the time they were 14. Our daughter, Grier, has chosen not to work at Dogfish Head, whereas Sammy started running food at our pub in 2015. After he told us he loved biology and chemistry, we arranged for him to brew a nonalcoholic birch beer at Boothbay Craft Brewery, which is near Dogfish Head, Maine, where I spent my summers growing up.

He apprenticed in the Dogfish brewpub’s microbiology lab in 2017 and, the next summer, asked to apprentice at our brewery. My wife and I told him that it wasn’t a budgeted position. He needed to make money. To his credit, he worked nights running food and cleaning tables, then apprenticed at our brewpub during the day. Last summer, he apprenticed at our production brewery. Believe me, it’s heartwarming to show up for a brew day and have my son help me crush the grain.