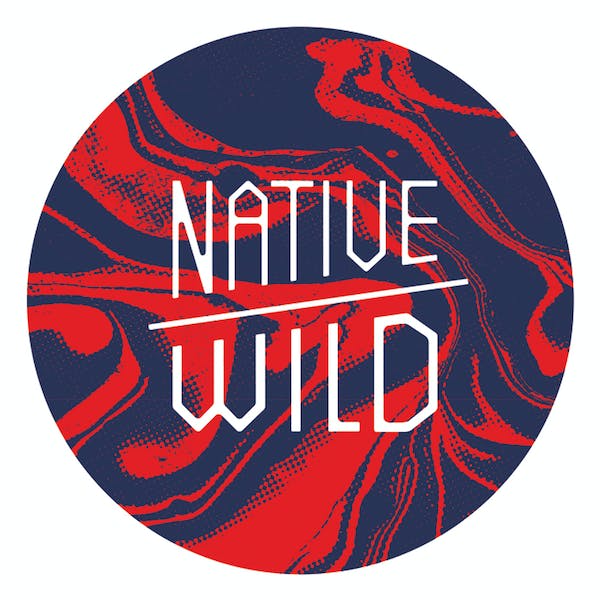 Native/Wild is a spontaneously-fermentedSpontaneous FermentationSpontaneous fermentation is the art of carefully allowing wild airborne yeast and bacteria to inoculate cooling wort which ferments the sugars and naturally produces CO2 and ethanol alongside a myriad of flavor and aromatic compounds. While this form of fermentation is at the heart of historic beer production, it has largely been abandoned for pure...Learn More farmhouse aleFarmhouse AlesFarmhouse Ales refers to the family of French and Belgian beer styles produced seasonally on working farms with well water, local ingredients and often with wild yeast and native microflora. While originally these were provisional beers brewed for consumption by seasonal workers, breweries began producing higher strength and aged versions for commercial appeal.Learn More brewed with Maine grains, aged hopsAged hopsAged hops are a traditional ingredient used in the production of Lambic and other spontaneously fermented ales. As hops age, they lose both their bittering potential as well as their unique aromatic qualities. When producing slow-fermenting spontaneous ales, we use aged hops to impart minimal aromatic character and utilize the remaining bittering compounds to prevent...Learn More, and well water. Native microflora and wild yeasts inoculate the cooling wort overnight in a traditional coolshipCoolshipA coolship is a large shallow vessel used to cool and inoculate wort with wild yeast and native microflora. Our coolship is situated outside of our Newcastle brewery and used during the colder months to produce wort for Native/Wild.Learn More at our rural farmhouse brewery.