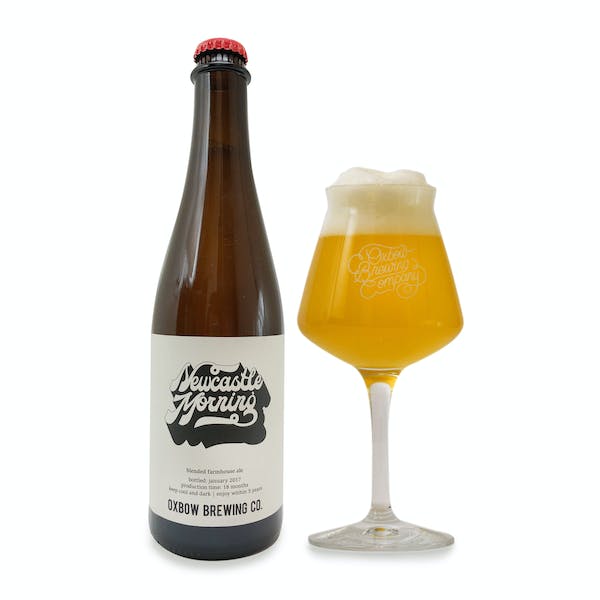 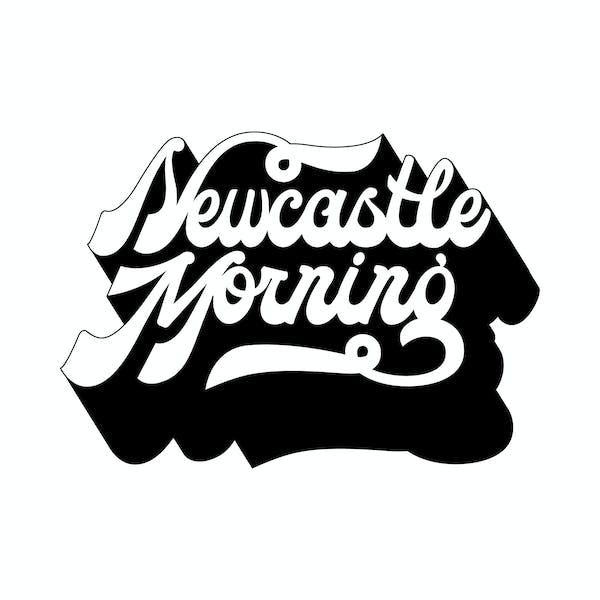 Newcastle Morning is a blend of fresh saisonSaisonSaison means “season” in French and refers to the “saisonaires” or the seasonal farm workers of Wallonia who consumed farmhouse ales during the summer which were produced during the cooler months. These provisional beers were also called saisons and were nourishing and more potable than potentially-contaminated well water. Saisons are blonde in color with a...Learn More and barrel-aged spontaneously-fermented farmhouse aleFarmhouse AlesFarmhouse Ales refers to the family of French and Belgian beer styles produced seasonally on working farms with well water, local ingredients and often with wild yeast and native microflora. While originally these were provisional beers brewed for consumption by seasonal workers, breweries began producing higher strength and aged versions for commercial appeal.Learn More.