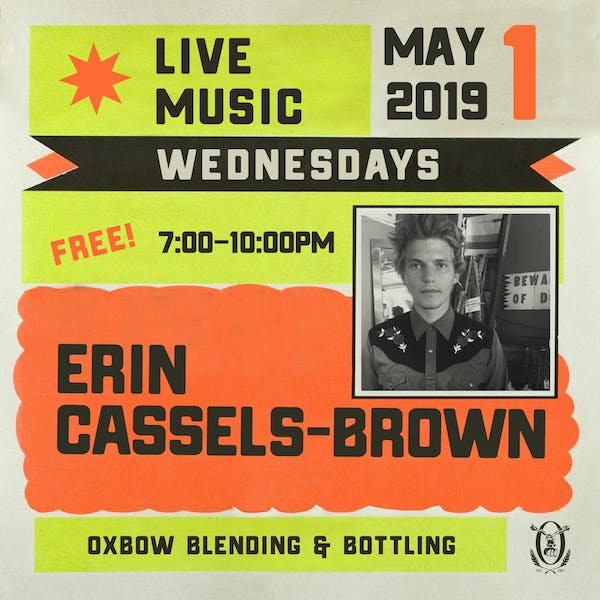 Erin Cassels-Brown is a songwriter and musician from Burlington, Vermont. He writes celestial country music that walks the line between the milky way and a county fair. After working as a carpenter and installing solar panels while playing in local bands and reading rock and roll biographies, he released his debut solo EP Northern Lights Vol. 1. These days he goes running in the mornings, plays in bars at night, and thinks in sad rhymes during the day. Playing over two hundred and forty shows across 12 states in 2017 as well as working with local musicians to assemble a rotating cast of players for his backing band has developed his reputation as one of Vermont’s hardest working performers. In March of 2018 he began work on his debut full length LP.to be released within the year.