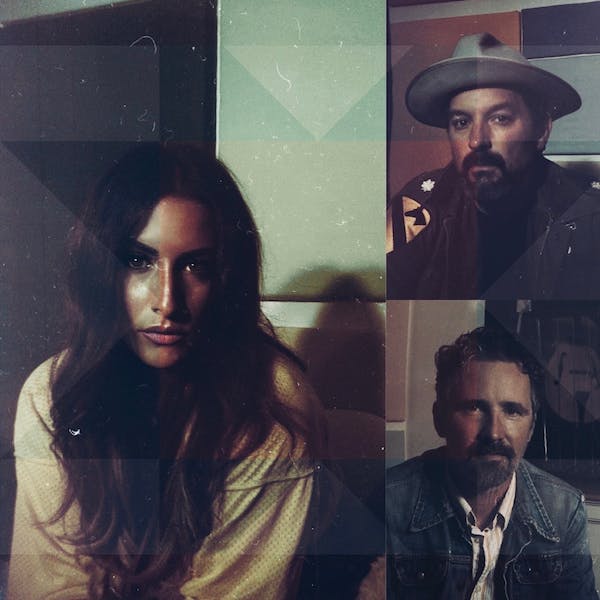 Known for their vocally immense and eloquent, narrative songwriting, LOVE BY NUMB3RS charts a course through indie, Americana, roots, blues & soul music while turning the page on the next chapter of three longtime friends and collaborators.  After 15 years of friendship, the Portland, Maine-based trio – co-vocalists Anna Lombard and Dan Connor and multi-instrumentalist/producer Jon Roods – have proven that real friendship outlasts trials, tribulations, breakups, estrangement, and even illness.  No matter what happens, it still stands strong when the smoke clears.

Formed in the months leading up to the pandemic, the trio shared early ideas and fashioned them into songs. Anna and Dan split vocals and songwriting with Jon not only playing bass and drums, but producing, engineering, and mixing the album. Locking into a magical connection, they hit their stride.  but life happened.  The entire world was in lockdown.  As if navigating through this unprecedented new normal of day-to-day life wasn’t enough, during Dan’s bi-annual scan in June of 2020, Dan received the news of new growth and his second brain tumor in his frontal left lobe.  In the months leading up to his surgery, Dan finished as much of his work on the album as possible and as he recovered while Anna and Jon focused on piecing together their work into a cohesive vision: the group’s indie full-length debut album PARACHUTE, released in late 2020.

The band released their sophomore EP Colours in November of 2021, soldiering on as  Dan completed a year of chemotherapy.  Atwood Magazine said, “…the sweetly stunning ‘Colours’ puts LOVE BY NUMB3RS’ exceptional lyrical, vocal, and instrumental talents on full display. The band weave a rich tapestry of sound together with vulnerable, visceral lyrics that find Anna Lombard thriving, reeling, and excelling in a tough space. She rises to meet the moment in an intimate and impassioned chorus that–excuse the pun–showcases an inner fire and her many colors… ‘Colours’ brings out the full spectrum in each and every one of us. It’s a radiant album of turmoil spilling over; of honesty and confession; of pain becoming beauty.”

And they certainly have history. Dan’s discography spans his solo work, Goud’s Thumb, The Sense, and, of course, Gypsy Tailwind. He and Anna elevated Gypsy Tailwind to national renown, while Anna thrived as a solo artist and in the critically acclaimed Armies. Meanwhile, Jon co-founded now-legendary Maine rock band Rustic Overtones (as well as Armies alongside Anna) and spent nearly three decades touring and recording with the group.  Their full band & live show is rounded out with the inimitable talents of Gary Gemmiti on drums and newcomer, Josh Duym, whose electric & slide guitar playing prowess seems to be their best kept secret.  After all of this, they’re at home in LOVE BY NUMB3RS.

ROCK AND BLUES MUSE summed it up: “LBN  is nothing like anything you’ve heard but are absolutely sketching the future of music we love with shining stars like these.” LBN is currently in the studio recording their second proper & full length album set for release in August 2022. 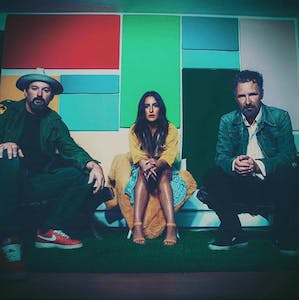